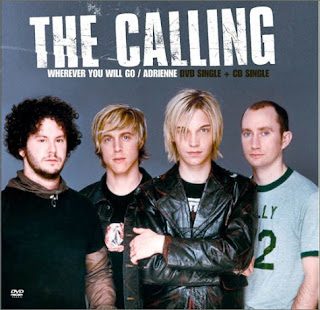 "The Calling" singer Alex Band -- famous for his song "Wherever You Will Go" -- is a creepy pervy boss who stopped at nothing to bang his secretary ... this according to a new lawsuit.

A woman named Tali Sigalus has filed a sexual harassment lawsuit against Band, claiming she worked for Band's record label as an office administrator back in 2012 ... but was forced to leave months later thanks to his constant advances.

According to the suit, Band repeatedly came on to Sigalus despite her protests -- including trying to kiss her, telling her he loved her, calling her incessantly, and trying to have sex with her.

Tali says the harassment didn't stop until she left the job.

Now she's suing for unspecified damages for sexual harassment. She also claims she's owed overtime money. A rep for Band tells TMZ, the singer "vigorously disagrees with the accusations and awaits the truth to come out."

Email ThisBlogThis!Share to TwitterShare to FacebookShare to Pinterest
Labels: lawsuit, Sexual harassment, The Calling, where You Will Go