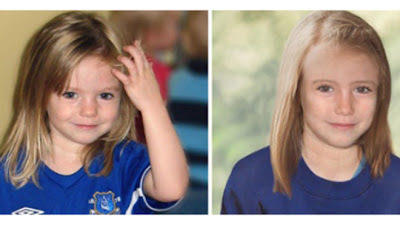 Whenever someone calls the Queenstown, New Zealand, police to report that they’ve seen a little girl who looks just like Madeleine McCann, the 4-year-old Briton who disappeared from her parents’ holiday villa in Portugal the night of May 3, 2007, police know exactly whom they are talking about. They’ve been called to investigate a Maddie sighting five times in the last five years in the cities of Queenstown, Milton, and Alexandra, and each time they are led to the same young child, who not only shares McCann’s hair coloring and petite stature, but also has the same coloboma in her right eye. The last sighting was New Year’s Eve, when a store clerk in Queenstown reported that a peculiar man came into the store where she worked with a shy young girl who looked “just like Madeleine.” The police went on a five-day manhunt to chase down the little girl, whose parents are transient. New Zealand Detective Sgt. Brian Cameron issued a statement January 4 that police were “absolutely satisfied” that the young girl was not the missing Briton. “This was not the first occasion that someone had contacted the police remarking on the similarity between the two girls.” 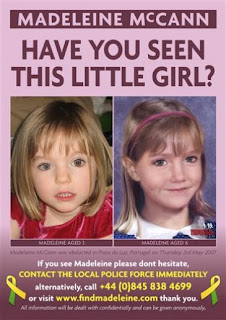 But Scotland Yard wants to be sure. As part of the ongoing McCann case review called Operation Grange, which kicked off in May 2011, Metropolitan police want to test the New Zealand child’s DNA to make sure once and for all that she is not McCann. The DNA request has been accepted, but it will take several weeks before test results are complete and the young girl can be completely ruled out as a match.

Operation Grange, which has cost more than $4 million, according to British press reports, will be the definitive read on the case. Under the direction of Scotland Yard, homicide and child-kidnapping specialists are reviewing some 100,000 pages of documents, which contain more than 40,000 pieces of evidence used in the original investigation by Portuguese police. They are also following up on each new lead in the case, including the New Zealand sightings. On January 24, 2013, an English-language newspaper in Portugal reported that an investigative team from Scotland Yard had flown back to Portugal to follow up on several leads. They are meeting with Helena Monteiro, a new Portuguese investigator who was not involved in the original investigation and is reportedly considering reopening the case based on Scotland Yard’s finding of 200 lost threads in the investigation. Many of the forgotten leads deal with reports of active child-trafficking rings during the time McCann disappeared, with reports that children were being “stolen to order” across the region. In one case, several guests at the holiday resort reported seeing a strange man carrying a small child under a blanket late the night she disappeared. The Portuguese authorities at the time never followed up on the sighting, according to Met police familiar with the Operation Grange dossier. 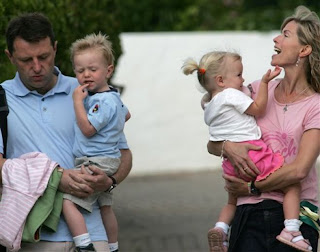 But after a strong campaign by McCann supporters, British Prime Minister David Cameron opened the investigation and launched Operation Grange. So far the review has definitively closed many conspiracy theories in the case, but it has also renewed speculation that McCann may still be alive. Last year Scotland Yard has reviewed long-forgotten leads in Spain after a Gibraltar resident said she had reported seeing a young British girl with a German family at a Spanish campground in the days after the disappearance. The lead was never followed by the Portuguese cops, despite efforts by the woman who spotted the young girl. Other leads, including ties to a known pedophile, Raymond Hewlett, who was living in Portugal at the time and wrote a deathbed letter confessing he knew what happened to the young girl, were ignored and may never be laid to rest. Still, with every new sighting and the discovery of another old lead, McCann’s parents renew hope that they will find their daughter alive.