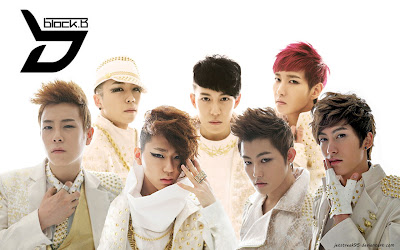 The two parties had their first hearing about their conflict in January, but no official details had been released about the hearing. However, information about their second hearing has been made public. Neither Block B nor a representative from Stardom Entertainment were present for the hearing, but were represented instead by their lawyers.

Block B’s side stated, “Block B has lost their trust in the label that broke the terms of the contract. They’ve filed for an injunction because if the lawsuit goes long-term, Block B will suffer from a lot of damage. The label did not carry out the profit calculations for over 20 instances that add up to the hundreds of millions (in won). They changed the date of the terms on their own and only partly made the calculations in a hurry after leader Zico submitted proof. But there are still parts that have yet to be calculated. The label has mentioned the daily report for the calculations, but it doesn’t make sense to have left it out by mistake.”

They added, “The label also shifted responsibility of the costs to the parents’ of the members. The label has to pay partly for transportation, outfits, food, lessons, and make up, but the parents of the members were notified and the money was deducted from the profit. Not only so, but things such as airplane fees that the label should be responsible for was also paid for by the members. The members tried to seek out the CEO Cho PD to resolve these issues, but he did not meet with them, and in turn we then had to file for the case.”

However, Stardom Entertainment had their own side of the story. They said, “Some parts of the members’ stance is far different from the truth. There are also parts that seem to be defaming our character. The label trained Block B from 2009 to 2011, and it doesn’t make sense to announce nullification of the contract without requesting rectification. They said that their pay was omitted, but there is no deposit in any of the accounts that we manage, so our side is confused as well.

The judge announced, “The [members] must submit more documents pertaining to the case within two weeks. In cases dealing with injunction, we actually do not accept inquired data. Submit proof that’s in another form, and we will give [Stardom] time (three weeks) to prepare material to defend against their submissions.”