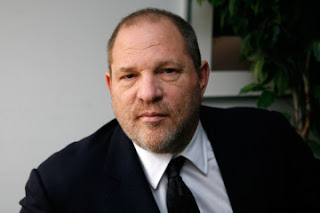 A judge rules that the media organization had no duty to present the side of the story of Phil Sparks, who was ordered to stay away from the movie mogul and singer Sheryl Crow for three years.

Today's lesson comes from Phil Sparks who sued The Associated Press last November for defamation. Sparks objected to an article that opened, "A judge granted Sheryl Crow a three-year restraining order against a man who acknowledged he threatened to shoot the singer-songwriter and film executive Harvey Weinstein."

The article added that Sparks believed the two owed him $7.5 million. (In later documents, Sparks said he was in the process of suing Crow and Weinstein for two shows he starred in.) The article also quoted a forensic psychiatrist named Dr. David Glaser who testified at a restraining hearing that Sparks was "unambiguously delusional."

Naturally, after Sparks sued for defamation, the AP filed an anti-SLAPP motion, seeking to knock the case out at an early stage because it represented an impingement of the media company's free speech

We probably wouldn't be writing about this obvious loser of a case if it wasn't for what the judge had to say.

In a tentative order on Friday that grants a special motion to strike, LA Superior Court judge Rolf Treu writes, "To the extent Plaintiff takes issue with Defendant’s failure to report facts that Plaintiff raised during the hearing Defendant is not required to present Plaintiff’s side of his story or his key facts."

The judge also addresses the fact that Sparks claimed Glaser couldn't be relied upon based upon a printout from an internet website allegedly showing Dr. Glaser was sanctioned by the Medical Board of California.

The judge adds, "To the average reader, the substance of judicial proceeding was the issuance of the restraining orders, which was accurately described by Defendant’s article. Defendant establishes that it is entitled to the absolute privilege provided under Civil Code § 47(d)(1) and Plaintiff fails to submit any evidence to challenge the 'fair and true' nature of the article."