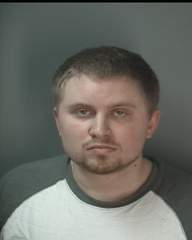 21-year-old son Conner Bird was arrested by Indiana University campus police Sunday after allegedly attacking his GF and trying to hit her with his car.

According to campus police, the alleged victim told cops Bird chucked a cell phone at her during an argument at Bird's apartment ... and it struck her in the wrist.

Later that night, the woman says she got into Bird's car to head to the stadium when they started arguing AGAIN -- and she got out of the car to walk home.

But according to the woman, Bird began to chase her through the parking lot in his car -- trying to run her over.

The woman says she got help from another person who happened to be in the parking lot -- and they flagged down a cop.

Campus police quickly located Bird -- and he was arrested for intimidation with a deadly weapon, criminal mischief, battery with injury, possession of marijuana, and possession of paraphernalia.