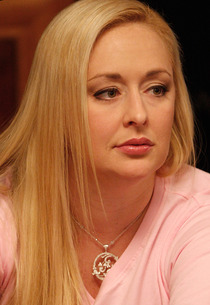 Troubled country music star Mindy McCready was found dead today of an apparent suicide ... this according to various reports. She was 37.

The father of McGready's youngest child, record producer David Wilson, was found dead in his home on January 13 of an apparent self-inflicted gunshot wound.
McCready, 37, leaves behind two sons, 6-year-old Zander and 10-month-old Zayne, who were placed in foster care when she entered court-ordered treatment at a facility this month following the death of her boyfriend (and Zayne's father), musician David Wilson. He died of a gunshot wound in January, on the same porch where McCready took her own life, and the circumstances of the shooting remain under investigation. McCready, who has called Wilson her "soulmate," was not named a suspect.

McKnight, with whom McCready waged a public custody battle, is the father of Zander; McCready's messy, headline-generating personal life included charges of battery (against McKnight and her mother, Gayle Inge), as well as habitual drug- and alcohol-related offenses, which led to incarceration and her stint on VH1's Celebrity Rehab. McCready reportedly attempted suicide two times prior. (She is the fifth death among ex-castmembers of the Dr. Drew-hosted VH1 show after Rodney King, Jeff Conaway, The Real World's Joey Kovar and Alice in Chains bassistMike Starr.)

McCready had attempted suicide twice before -- once in 2005 and again in 2008. She also made several trips to rehab and appeared in 2010 on the VH1 reality show "Celebrity Rehab with Dr. Drew."