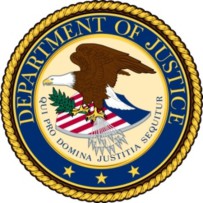 According to a 132-count indictment, members of the scheme obtained nearly 2,000 stolen identities.

According to a 132-count indictment, filed this week in Los Angeles federal court, members of the scheme obtained nearly 2,000 stolen identities, many from retired people and residents of homeless shelters, some of whom had not filed federal tax returns in years.

Prosecutors allege the defendants then submitted forms to the Internal Revenue Service under the names of the identity-theft victims. After getting refunds, the defendants took the fraudulently obtained checks to various check cashing companies, which took their own cuts, according to the indictment.

In an effort to hide their activities, the eight used coded language to refer to U.S. Treasury checks, called each other by nicknames, used bogus addresses on their own driver's licenses and had "straw buyers" purchase property, federal prosecutors allege.

"These individuals demonstrated a blatant disregard for the integrity of the United States tax system and caused immeasurable hardship to innocent victims," said Richard Weber, chief of the IRS criminal investigations unit.

Those arrested today are:

Authorities also arrested two others on unrelated charges. Armine Nazaryan, 41, of North Hollywood, was indicted on charges of making false statements to Homeland Security Investigations agents, and Spartak Karapetian, 23, of North Hollywood, son of Ashot Karpetian, was arrested on suspicion of being a felon with a gun, officials said.