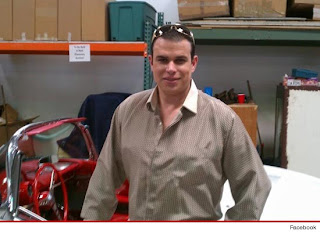 Multiple sources close to Mark Balelo tell us he was found dead in his car ... which was parked and running in the garage at his auction house in Simi Valley, CA.

According to our sources, Balelo had been arrested for a drug-related offense on Saturday.

We're told when Balelo got out of jail he was distraught, and asked his fiancée to come over because he was afraid he might hurt himself.

We're told they met at his office on Sunday, they talked for a few hours, he took a 4 hour nap -- and when he woke up seemed better.

The fiancée left Balelo at the office Sunday evening. We're told one of Balelo's employees found his body Monday morning.

Balelo appeared on a handful of "Storage Wars" episodes over the past few seasons.