A small-business owner need not do anything wrong to be sued. But there are several ways to avoid lawsuits, and to minimize damages if they... 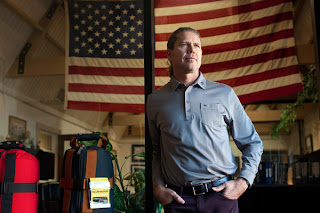 Many small-business owners respond to employee lawsuits with grudging acceptance that, regardless of whether the company broke any laws, the sooner it pays a plaintiff to go away, the better. As repugnant as this may sound, it is a cost of doing business. That, at least, is one approach.

Jeffrey Herold, who owns West Coast Trends in Huntington Beach, Calif., does not subscribe to this belief. His company, which makes golf bags, luggage and related accessories, and averages $10 million to $15 million in annual sales, has faced three employee lawsuits alleging wrongful termination since Mr. Herold founded it in 1990. Confidentiality agreements preclude him from discussing the first two.

When the third suit was filed in 2010, he said, he was wiser. He vowed to fight all the way to trial, if necessary. “It didn’t make good business sense to settle,” he said. “We did nothing wrong.”

The litigation followed a period in 2008 when West Coast, like many small businesses, was forced to downsize as the recession deepened. Mr. Herold said annual sales had dipped 35 to 40 percent. To keep the company afloat, he laid off 14 people, about 30 percent of his staff, including one of two national sales managers, John Keller.

Two years after his termination, and following unsuccessful attempts to obtain a settlement from Mr. Herold, Mr. Keller filed a lawsuit against West Coast and three of its employees.

Mr. Keller’s complaint included an allegation that, in terminating him, West Coast had breached an “implied” employment contract providing that he could be terminated only for “good cause.” But most of his case rested on “a mere convenient coincidence,” West Coast said in court papers.

In his complaint, Mr. Keller claimed that his overheard comments, not his performance or the economy, had led to his termination. He asserted that West Coast and its employees had invaded his privacy by eavesdropping on his conversation and used what they heard improperly. He sought damages of more than $1.2 million, including compensation for lost earnings and statutory violations regarding the eavesdropping counts, as well as an unspecified amount in punitive damages.

The case went to trial in early 2012 and got as far as jury selection. Eventually, however, Mr. Keller indicated a willingness to accept a statutory settlement offer of $25,000 that West Coast had extended before the trial, even though the settlement’s 30-day expiration date had passed. After Mr. Herold responded that the offer had indeed expired, Mr. Keller began to drop his settlement demands incrementally until they reached $10,000. At that point, the judge urged the parties to settle, for efficiency’s sake.

In court on the last day of the trial, Mr. Herold photographed the letters. He said he hoped they would deter anyone from filing an unfounded claim against him in the future. For this guide, Mr. Herold and several other small-business owners and lawyers offered practical advice to protect against employee litigation.

DEFINE WORK EXPECTATIONS When an employee is terminated, it should come as no surprise, said Daniel J. McCoy, an employment lawyer at Fenwick & West in Mountain View, Calif. Although a small-business owner is not legally obligated to take and document progressive disciplinary measures, Mr. McCoy said this was a good practice regardless of company size.
Employees must know how success will be defined and how they are doing, said David Handmaker, who owns Next Day Flyers, a printing services company in Rancho Dominguez, Calif., with 160 employees. Mr. Handmaker said he learned his lesson after failing to document performance issues regarding an employee who later sued. “We didn’t realize the hole we were digging ourselves into,” he said.

TERMINATE WITH CARE At the moment of termination, an employee can feel either inflamed or treated fairly, Mr. McCoy said. To help ensure a less combustible situation, Paul Fichter, who owns Taphandles, a beer marketing company in Seattle, said he offered terminated employees a severance amount that would “smooth things over” and required them to sign a release to collect it.

CONSIDER LIABILITY INSURANCE Premiums and deductibles are not cheap, but neither is defending a lawsuit. Mr. Herold estimated that he paid between $80,000 and $115,000 per case, out of pocket, to defend previous matters. All business owners should conduct cost-benefit analyses and understand their insurance options.

Matthew Soleimanpour, Mr. Herold’s lawyer, said it was crucial for small-business owners to negotiate with their underwriters for the right to select their lawyer, and for a requirement that the insurance company get the owner’s consent before settling. It is also important to seek a per-claim, not per-claimant, deductible.

FOLLOW THE LETTER OF THE LAW You need not do anything wrong to be sued. But when you are facing a lawsuit, it helps to be able to prove you have done everything by the book. This includes posting all labor- and employment-related materials in the workplace that are required by state and federal governments.

Employers should draft employee handbooks with assistance from a trusted employment lawyer or human resources consultant, and make sure employees sign any handbook updates. And when considering prospective employees, treat everyone identically. “If someone e-mails me and says they have a friend who wants a job, I tell them to apply using the usual process,” Mr. Fichter said.

TRAIN LIKE A BIGGER COMPANY Regardless of whether your state mandates employee training on discrimination for a company of your size, you should consider it required, Mr. Herold said. “Do it even if you only have 10 employees,” he said.

BE REALISTIC Ultimately, business owners must know whether truth is on their side. If not, Mr. Herold said, “Just settle and get it over with.”