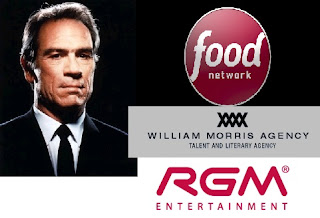 A fight over commissions owed by actor Tommy Lee Jones to his former talent agency William Morris Endeavor is over. In October, WME filed a petition in LA Superior Court seeking to confirm an arbitration ruling that Jones owed $1.95 million for work negotiated for No Country for Old Men. The money emanated from a $15 million settlement Jones received from Paramount. The arbitrator ruled that WME was entitled to 10 percent plus interest. Last Tuesday, WME filed for dismissal with prejudice.

The law firm of Stroock & Stroock & Lavan is suing RGM Entertainment, looking to confirm an arbitration award of more than $200,000 in owed legal fees. The firm represented the Singapore-based company in setting up a rebook of the 1991 action film Point Break. An arbitrator awarded the money in December after RGM failed to show up.

Two producers are at war against each other in a new lawsuit over a Food Network pilot show called $24 in 24 Hours. Custom Television Productions is suing Kyra Shelgren in LA Superior Court, alleging the defendant has breached an oral contract and committed conversion by failing to turn over 30 photography releases. The parties appear to be quarreling over issues like compensation and expenses for the show, and the plaintiff is claiming that Shelgren's refusal to turn over releases signed by people appearing on the show, as required by the Food Network, is "tantamount to extortion."