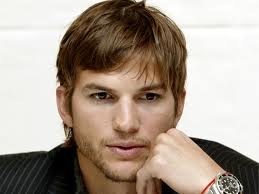 A judge ruled that a suit filed by Ashton Kutcher's television production company can move forward against the California Department of Motor Vehicles for allegedly backing out of a deal to participate in a reality show based on the agency.Katalyst Media, behind TV shows such as "Punk'd," "Beauty and the Geek" and "True Beauty," is suing the state for $1.44 million, claiming it allowed the company access to the DMV to produce a half-hour reality show featuring daily life inside the state agency but then reneged on the deal.

Kutcher's company, which has also produced several movies, alleges breach of contract and cites money the company spent on preproduction.

The suit filed by attorney Marty Singer's law firm on behalf of the company says Katalyst negotiated in 2010 with the DMV "to capture the variously humorous, emotional, dramatic, moving, humanizing and entertaining situations that arise on a daily basis" in DMV offices.

The DMV director committed in writing to the show in June 2010, according to the lawsuit filed last week. In May 2011, the production company founded by Kutcher and Jason Goldberg "executed a formal written agreement" with the DMV to provide access for filming in the summer and fall of 2011 of four initial episodes with an option of six more, the suit says.
According to court papers, DMV Deputy Director Mike Mirando publicly acknowledged plans for the show in newspaper stories published in August. Based on the DMV agreement, Katalyst struck a deal with TruTV to broadcast the show, the lawsuit says.

But the lawsuit claims "just six weeks after signing its agreement, DMV abruptly and without justification, changed course. In a five-sentence letter to Katalyst producer Jason Goldberg, Mr. Mirando simply declared the DMV no longer considered the aeries to be in its 'best interests' and would therefore 'not be moving forward on such a project.' "