'Man of Steel' Hair Stylist Sues Over Injury on Set 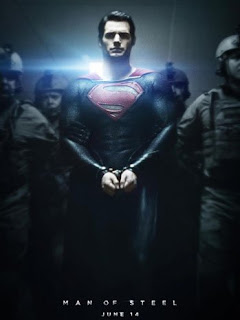 The plaintiff says she suffered severe injuries after tending to one of the actors between takes.

Cheryl Pickenback, who is listed on iMDb as the key hair stylist for the upcoming blockbuster, Man of Steel, is suing producers after allegedly sustaining injuries on the set.

The plaintiff says she was instructed to walk across the Plano, Illinois-based set made to appear like rubble -- "a fractured and uneven walking surface" -- to fix the hair of one of the actors in the picture between takes of filming. She evidently fell and says she suffered "severe and permanent injuries" and was required to seek "extensive medical and surgical consultations and treatments."

The lawsuit was filed in Illinois state court last month and removed to federal court on Wednesday by co-defendant James McAllister, identified as a location manager in the complaint but who says he played no role in filming taking place at that location.