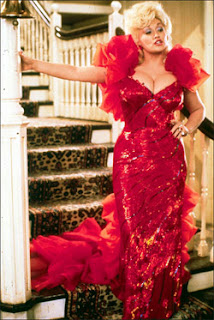 "The Best Little Whorehouse in Texas"
Helmers claim they were shortchanged by Fox, Par, Sony and U

Challenging a long-standing profit participation practice, a clutch of filmmakers and the estate of Charles Bronson have filed a class-action lawsuit against four studios over homevideo accounting.
The films at the center of the suit -- 1978's "Foul Play," 1982's "The Best Little Whorehouse in Texas," 1975's "Hard Times" and 1975's "Lucky Lady" -- were all released before the practice of using 20% of a film's homevid revenue to account to profit participants became standard practice in the 1980s.

But the profit participants, including "Foul Play" and "Whorehouse" director Colin Higgins and "Lucky Lady" helmer Stanley Donen, allege that they made their respective deals based on 100% of homevideo grosses, and are therefore entitled to profits based on a larger share of the revenue pie.

While the 20% figure has been standard practice in talent deals and guild residual formulas since the '80s, studios have accounted for older films in much the same way. A source with knowledge of the matter said the plaintiffs had no idea that their royalties were based on the 20% revenue pool.

"(Paramount's) misconduct offends public policy and is immoral, unscrupulous, unethical, and offensive, and causes substantial injury to consumers," the complaint against Par alleges.

The outcome of the class-action suit could influence the current discussion surrounding digital platforms, as an ongoing debate brews over whether digital re-use revenues from film and television should be classified as home entertainment.