‘Spider-Man’ Royalties Lawsuit Set for May Trial for Julie Taymor 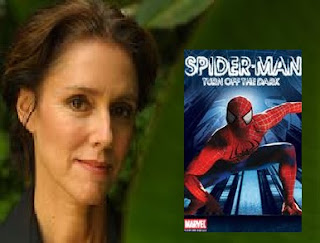 A lawsuit between the producers of the Broadway musical “Spider-Man: Turn Off the Dark” and the show’s fired director, Julie Taymor, is scheduled to go to trial May 27 if they fail to reach a settlement.
U.S. District Judge Katherine Forrest in New York yesterday said that while both sides informed her in August that they had agreed to settle the lawsuit over royalties and creative control, they have yet to reach an agreement.

Charles Spada, a lawyer for Taymor, wrote to the court yesterday saying both sides had made “significant progress” toward an agreement.

In the letter, Spada also asked the judge to refer the litigation to U.S. Magistrate Judge Michael Dolinger for a settlement conference, “in the event the parties are unable to finalize a settlement in the next few days.”

Spada had also written to the court last month requesting an extension until Jan. 9 to finalize the settlement.

Spada said in the Dec. 19 letter that the parties believed that putting the case back on the judge’s calendar “may well jeopardize the settlement-in-principle that they have reached.”

“We fear that the negative publicity that would be generated by a reinstatement of the litigation could jeopardize future settlement of this case,” he said in that letter.

Extension Granted:
Forrest granted Spada’s request in December with a comment on the Dec. 19 letter that read, “Extension to Jan. 9, 2013 granted. But really, truly, I mean it. This is the last extension, the final one; there won’t be another extension -- no more.”
Taymor was removed from the $75 million show in March 2011, after critics lambasted it during an extended 182-performance preview period. She sued the producers in November 2011, saying they violated her intellectual-property rights by making changes without her permission and didn’t pay royalties due her as a co- book writer.

Minimum Royalties:
In her complaint, Taymor said that as the musical’s co- author she was owed guaranteed minimum royalties of $2,917.50 a week.
The producers agreed in February to pay her director’s royalties as part of a settlement with the Stage Directors and Choreographers Society.