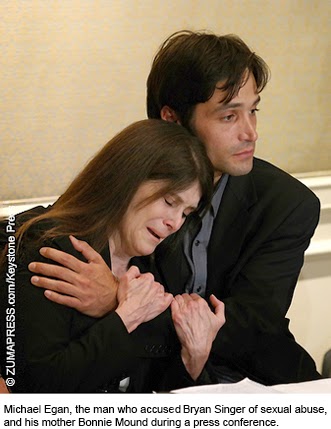 Jeff Herman, the lawyer representing Michael Egan, 31, who accused Bryan Singer of sexual abuse, announced that he has filed three additional sex abuse lawsuits - this time against Hollywood executives Garth Ancier, David Neuman and Gary Goddard. Former Disney TV president Neuman and Broadway producer Goddard denied the allegations - the former via Twitter and the latter through his lawyer. TV exec Ancier has not yet responded. Herman made the announcement at the Four Seasons Hotel in Beverly Hills, alongside Michael and his mother Bonnie Mound, who began crying during the press conference. "There is talk [that] Mike is here for his 15 minutes of fame. Would you call this fame? This is not fame. What part of this is fame... It's not about money, it's about disarming these pedophiles who used their wealth and power to escape justice."

Herman added, "We've alleged that there's a Hollywood sex ring, one of several sex rings." The three men named in the suit were allegedly part of the same sex ring that reportedly involved X-Men: Days of Future Past director. Egan's lawyer said that the plaintiff was sexually abused by all three men in California and in Hawaii. The lawsuit against Goddard includes an allegation of abuse when Michael was 15. Michael spoke up at the press conference, saying, "Somebody has to stand up to these people." His mother said she found out about the sexual abuse when her son was 17. She also said Michael went to the LAPD, FBI and media outlets to try to get his story heard, but it fell on deaf ears. Herman and Michael held a press conference on April 17, where Michael announced he had been sexually abused by Singer at age 17. The suit includes allegations of rape, other physical force including use of a gun and forced intoxication with cocaine. 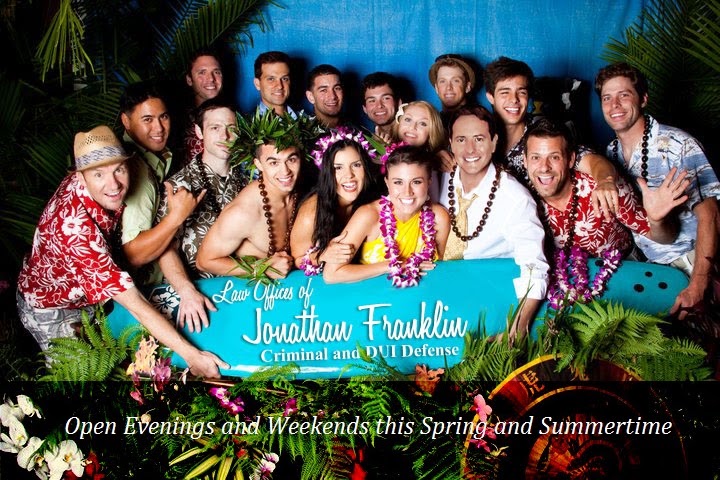