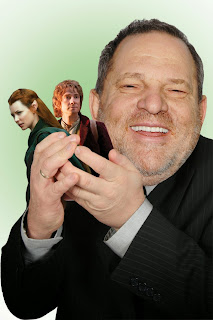 On the heels of the fight over "The Butler," the studio's lawyers are disputing the mogul's legal letters claiming he's entitled to a 2.5 percent cut of the sequel's box-office take.

Five months after Warner Bros. and Harvey Weinstein fought over The Butler, they're at it again.
At issue is whether Weinstein and brother Bob are entitled to a cut of The Hobbit: The Desolation of Smaug. Sources tell THR that lawyers for the studio and the indie mogul have been exchanging nasty letters in recent weeks over the Peter Jackson-directed sequel, set for release Dec. 13 from WB's New Line division and MGM. The Weinsteins, repped by attorney Bert Fields, believe they're owed a piece of Smaug similar to what they reaped from last year's The Hobbit: An Unexpected Journey -- a figure that a studio source pegs at about $12.5 million, or 2.5 percent of first-dollar gross of the film's $1 billion haul (the studio typically splits box-office receipts with exhibitors).

The Weinstein cut is thanks to Bob and Harvey's previous ownership of Miramax, which once controlled film rights to the J.R.R. Tolkien fantasy. (A source says that Miramax even provided $10 million in early seed money for Jackson's Lord of the Rings trilogy.) But Warners' position, according to sources, is that the Weinsteins are entitled only to a cut of the first Hobbit, as the original terms of the deal state, not its two sequels. Now the Weinsteins are mulling filing a lawsuit.

All parties -- which also include Miramax, New Line and Hobbit co-financier MGM -- are barred from discussing the participation agreement of the first Hobbit film thanks to a confidentiality order imposed by a judge during arbitration. If the studio is forced to pay again, it would dole out roughly 5 percent of Smaug's first-dollar gross to Miramax, which then would split that sum with the Weinstein brothers. Other stakeholders in the property include the estate of author Tolkien and producer Saul Zaentz.

An insider says the company is prepared to fight to the last dollar over what it believes is its rightful cut of Smaug and next year’s The Hobbit: There and Back Again. In his battle with Warners over the title The Butler, Harvey drew a connection with the Hobbit duel. "I was asked by two execs at Warner Bros., which I'm happy to testify to, that if I gave them back the rights to The Hobbit they would drop the claim," Weinstein told CBS This Morning in July.

But a Warner Bros. source scoffs at the idea that there is any link between the two cases: "This is an issue between New Line and Miramax. Harvey is just a third-party participant." Warners and The Weinstein Co. declined comment. 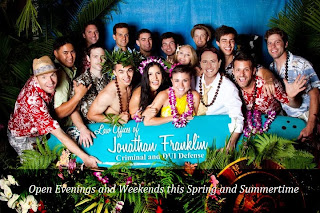